Glasgow City are excited to reveal that Scotland Under 19 international Abbi Grant has signed for the club. 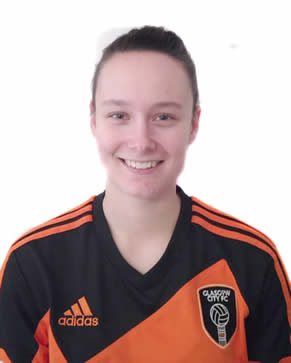 The attacking player joins from Forfar Farmington where she spent the last two seasons in the SWPL. Glasgow City Head Coach Eddie Wolecki Black expressed his delight at capturing the youth international. He said, “It is unusual to sign such a talented player so late into the pre-season. However, I am delighted we had the opportunity to add Abbi to our squad. I believe she is just the right type of player we are looking for. She has already shown in training this week that she will fit well into the philosophy of this club. Abbi has so many attributes that it is difficult to tie her down to one area of the pitch. She has great pace, is technically very good, very hard working and her range of passing is superb. Yet probably her biggest strength is the fact that she can play off either flank and combine play just as efficiently with either foot. I would like to wish Abbi the best of luck in this next phase of what looks to be a very promising career.”

Abbi herself commented, “I am very excited about joining Glasgow City for the season ahead. I am looking forward to playing along side top class players and working under new coaches. I believe that this was the right time for me to move as it will develop me further as a player. I feel very privileged to have been giving this opportunity and I'm looking forward to the new season getting under way. I would like to thank Forfar for the past 2 years for all the confidence they have given me and developing me as a player and person. I have made some great friends for life.”

The capture of Abbi adds to the signature of Julia Scott, who joined City yesterday after previous spells in the SWPL and in England in the FA Women’s Super League.