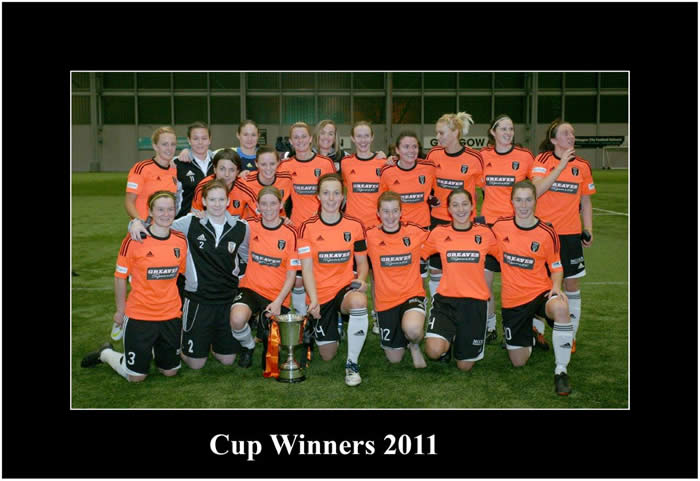 City almost took the lead in the opening seconds with Shannon Lynn saving well from Christie Murray and Jo Love shooting over after a good City move.

Love had another chance with a header, getting on the end of a good ball from Leanne Ross, but Lynn held well.

Hibs first chance came from a corner on ten minutes, but a tame shot at the back post was dealt with easily by Christie Murray.

Seconds later and City went 1-0 up. Lisa Evans skipped past three Hibernian defenders before cutting the ball back to Christie Murray who fired into the back of the net. 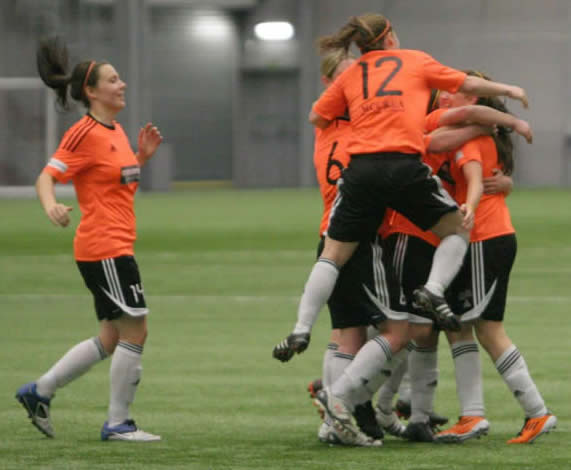 Evans had a chance of her own soon after following good link up play between Jo Love and Murray, but shot straight at Lynn. Kat Lindner was almost through moments later, but Lynn just got to the ball first.

City were dominating possession, but the next shot on goal came from Lisa Robertson who hit a good effort from distance over the bar.

A Leanne Ross free kick from 30 yards cannoned off the post on 28 minutes to the relief of the Hibs players. Great counter attacking play from Evans and Lindner almost gave City a 2-0 lead, with Evans forcing a good save from Lynn low at her near post.

Just before half time, Evans had an opportunity to put City further ahead. Racing on to a through ball from Leanne Ross, the striker took a touch wide before shooting at the near post but Lynn got down well to save.

Evans had a shot from distance over the bar and Emma Mitchell had a free kick which she hit wide as City pressed for goal number two.

Emma Mitchell was almost through on goal after a Leanne Ross pass, but Lynn raced off her line to smother well.  The crowd thought Lindner had scored when she turned and shot at the edge of the box, but it hit the side netting. Moments later Leanne Ross had a shot just wide of the target as City put Hibs under increasing pressure at the back as they searched for that vital second goal.

City should have been 2-0 up when a defensive mistake put Evans and Murray through, but the assistant blew for offside as Murray stroked the ball into the back of the empty net.

Mitchell was next to try her luck from distance but her right foot shot went wide.  City did finally take a 2-0 lead when great play between Lindner and Evans saw Lindner back heel the ball to Evans before she placed a right foot shot into the bottom corner.

Evans should have perhaps made it 3-0 when she raced through on goal but shot high at Lynn who pulled off a good stop to palm the ball over the bar.

Seconds after coming on as a substitute for Christie Murray, Danica Dalziel’s first touch was almost goal number three as she powered her header from a corner towards goal, only to be cleared off the goal line by the Hibs player on the post.

City scored their third of the match through Evans, after some great City team play allowed Evans and Dalziel to link up brilliantly at the edge of the box to tear the Hibs defence apart and give Evans her second and City’s third of the match. 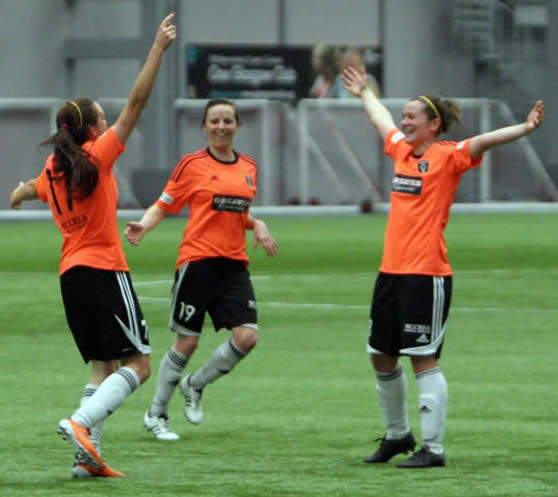 Commenting on the match, City Head Coach Eddie Wolecki Black said, “Firstly I would like to congratulate players and staff on their efforts throughout the season and it has culminated in winning the double, which we achieved today. This is not just a reward for the first team, but for everyone connected with the club. On today’s game, I felt we controlled the match throughout and limited a strong Hibs side to few chances. The performance second half in particular was very pleasing considering the amount of games we have played this campaign, and we certainly looked the fittest and most likely side to add to the scoresheet. This just caps off a marvellous season for everyone and hopefully we can do even better next year.” 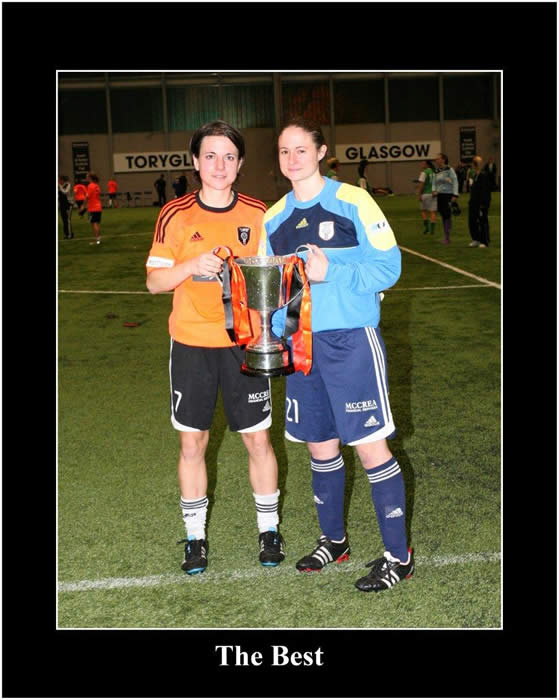 Today was an extra special day for two City players as goalkeeper Laura Williamson moves into a coaching role with the first team and striker Katharina Lindner retires from the game. Both had excellent performances today and will be sadly missed on the field next season. Girls, thank you :)