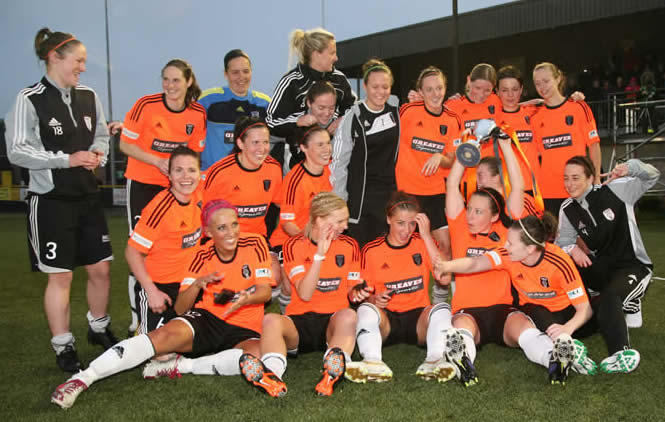 Goals from Jane Ross, Emma Mitchell, Danica Dalziel and a double from Leanne Ross put City in the driving seat, with Lana Clelland pulling a consolation back for the Edinburgh side.

Commenting on the win, City Head Coach Eddie Wolecki Black said, “I am really happy for the players and everyone involved at the club. It wasn’t just the players who played tonight but all the girls who have got us here, so everyone has played their part in this victory tonight. To play in a Cup Final and have a performance like that was very pleasing, especially in the first half when I thought we were incredible. It has been a few years since we have got our hands on this trophy and it is a nice one to have back.” 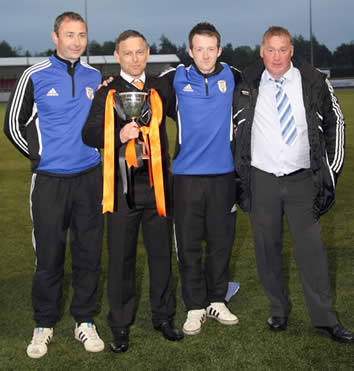 City showed their intent straight from the first whistle as Jane Ross shot over the bar and Emma Mitchell hit an effort straight into the hands on the keeper in the opening moments. However, the Glasgow side however could not be kept out for long as Jane Ross put them ahead after only 7 minutes played.

Great play from Lisa Evans saw the young striker beat full back, before cutting the ball back for strike partner Ross to fire home from 6 yards. Ross almost added another soon after when namesake Leanne Ross picked her team mate our perfectly, only for the forward to beat the outrushing keeper but shoot just wide.

Louise Mason nearly got Spartans back level after a mistake by the City rear guard, but she shot over.

It was to prove a chance Spartans would soon regret as City doubled their advantage soon after. Jane Ross fired a ball across the 18 yard box which Spartans failed to clear. The ball found its way to City defender Danica Dalziel and the full back hit a cracking right foot shot in off the underside of the cross bar.

It was 3-0 on 32 minutes. A good pass inside the full back to Lisa Evans from Leanne Ross allowed Evans to race along the by-line before cutting the ball back to Emma Mitchell who finished in style.

Leanne Ross made it 4-0, after Emma Mitchell hit a shot from the outside the area which Spartans Keeper Rachel Harrison was unable to hold, allowing Ross to follow up.

Harrison was in fine form moments later, making an excellent save to deny City and Scotland midfielder Jo Love.

8 minutes after the restart and City added another. A good one-two between Jane Ross and Leanne Ross in the penalty area split the Spartans defence and Leanne Ross volleyed home to put City well in front.

Harrison made a good save from a Lisa Evans shot, before Spartans pulled a goal back as Lana Clelland beats the offside the trap to escape the City defence and score past Claire Johnstone in the Glasgow City nets.

The match was to end 5-1 with City lifting the Premier League Cup for the first time in 3 years and continue their excellent early season form. It also means they now proudly boast all three domestic trophies in their display cabinet at Petershill Park.