With six changes to the starting line-up from the side who defeated Spartak Jaffa on Thursday, City took on FC Mosta, the Champions of Malta in their second match in Group 5 of the UEFA Women’s Champions League today, running out comfortable 8-0 winners.

Despite the intense heat, City showed their intent right from the start, with Jane Ross getting a shot on goal in the opening seconds, which was well saved

by the keeper. With City dominating possession, Lisa Evans had a good run into the box, but shot straight at the keeper and a few minutes later City were denied a loud appeal for a penalty after Mosta appeared to hand ball in the penalty area.

The Mosta number one pulled off a fine save to deny a wide shot from distance from Danica Dalziel and from the resultant corner, Rachel Corsie had the ball in the back of the net, but the referee blew for the corner to be re-taken after she deemed the ball to have been out of play first. Lisa Evans was next to have an effort on goal as City bombarded the Mosta defence, but her shot sailed wide.

City eventually took the lead when Jane Ross dribbled her way into the box before firing past the keeper to score her first goal of this year’s Champions League campaign. 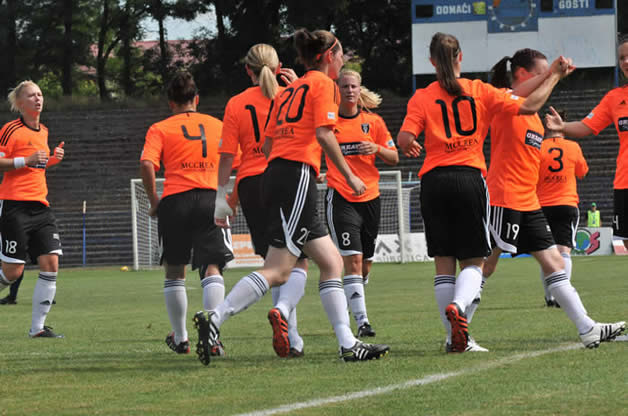 City then went 2-0 up after the half hour mark when Emma Mitchell fired a great left foot shot home from the edge of the box after a City corner.

City made it 4-0 on 42 minutes as Leanne Ross converted from the penalty spot after the Mosta defence were found guilty of hand ball inside the area.

Ross could have doubled her tally soon after, but shot inches wide after a fine City move involving Danica Dalziel and Emma Woolley.

Within 2 minutes of the re-start Jane Ross got her second of the match and her side’s fifth with a left foot shot from the edge of the box into the bottom corner. Less than five minutes later, Leanne Ross rounded the goalkeeper and played in Emma Woolley who then scored arguably the easiest strike of her career, to put City 6-0 up and also give the midfielder her first ever Champions League strike. 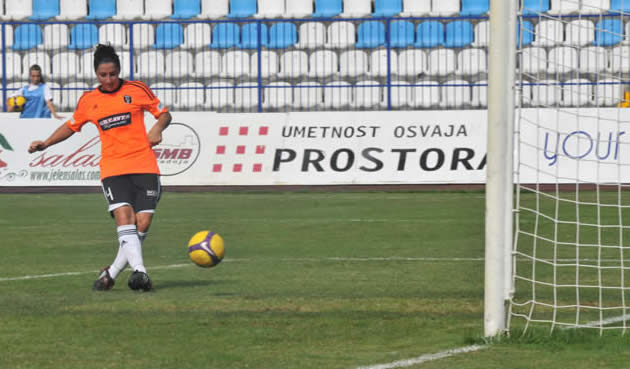 Danica Dalziel then had another fine shot from distance this time coming back off the upright, before Lisa Evans put Glasgow City 7-0 up with one of the best goals of the game. Dribbling past the Mosta defence, Evans played a neat one-two with Leanne Ross before firing low into the bottom corner of the net. 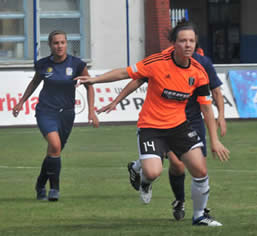 Captain Rachel Corsie scored number eight for City, timing her run brilliantly to receive a ball into the box from Jane Ross after a City corner.

Corsie should have doubled her tally with the last kick off the ball but shot over from inside the 6 yard box after tenacious play from Jane Ross.

Today’s result means that City are now one game away from potentially topping the group and progressing into the last 32 of the Champions League. Such an achievement will mean that City will become the first Scottish side ever to reach the knock-out stages of European competition.

City’s goalscoring exploits also means that they are now second in the all-time European goalscoring charts for British women, behind leaders Arsenal and ahead of third placed Everton, with a total of 58 European goals scored. 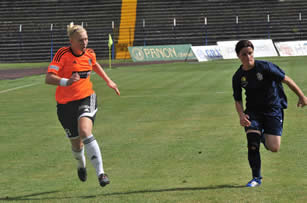 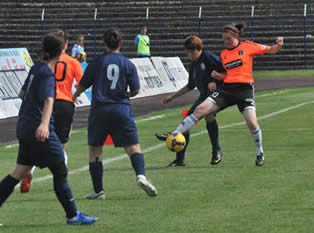 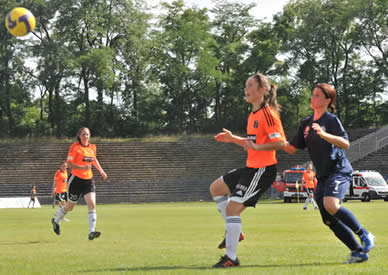 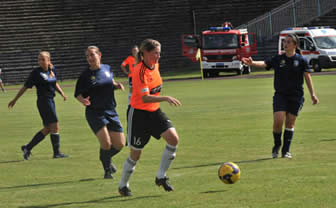